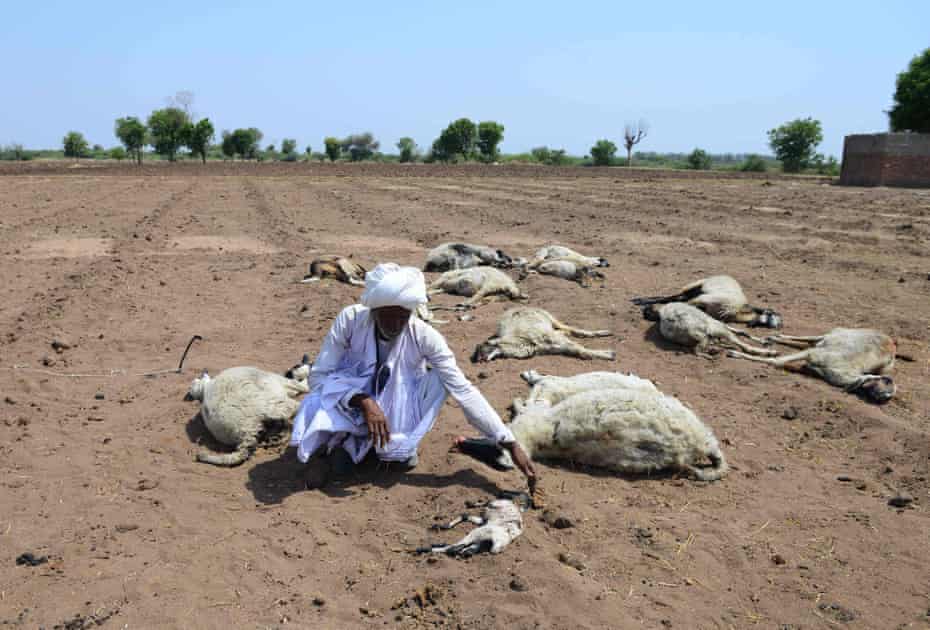 Sick and elderly left to fend for themselves with no end in sight to water crisis.

Hundreds of Indian villages have been evacuated as a historic drought forces families to abandon their homes in search of water.

The country has seen extremely high temperatures in recent weeks. On Monday the capital, Delhi, saw its highest ever June temperature of 48C. In Rajasthan, the city of Churu recently experienced highs of 50.8C, making it the hottest place on the planet.

Further south, less than 250 miles from the country’s commercial capital, Mumbai, village after village lies deserted. Estimates suggest up to 90% of the area’s population has fled, leaving the sick and elderly to fend for themselves in the face of a water crisis that shows no sign of abating.

The village of Hatkarwadi, about 20 miles from Beed in Maharashtra state, is almost completely deserted.

Wells and handpumps have run dry in the 45C heatwave. The drought, which officials say is worse than the 1972 famine that affected 25 million people across the state, began early in December. By the end of May, Hatkarwadi had been deserted with only 10-15 families remaining out of a population of more than 2,000.

With 80% of districts in neighbouring Karnataka and 72% in Maharashtra hit by drought and crop failure, the 8 million farmers in these two states are struggling to survive. More than 6,000 tankers supply water to villages and hamlets in Maharashtra daily, as conflict brews between the two states over common water resources.