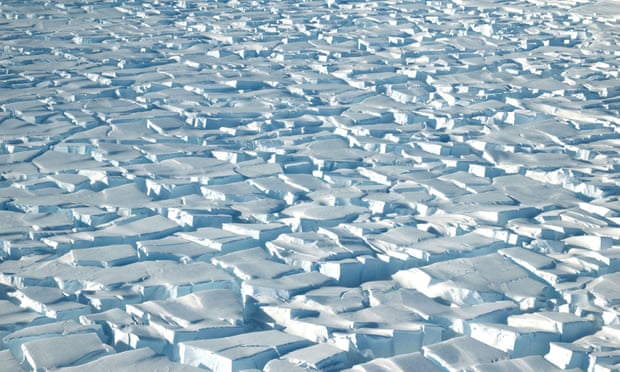 New research shows affected areas are losing ice five times faster than in the 1990s, with more than 100m of thickness gone in some places.

Ice losses are rapidly spreading deep into the interior of the Antarctic, new analysis of satellite data shows.

The warming of the Southern Ocean is resulting in glaciers sliding into the sea increasingly rapidly, with ice now being lost five times faster than in the 1990s. The West Antarctic ice sheet was stable in 1992 but up to a quarter of its expanse is now thinning. More than 100 metres of ice thickness has been lost in the worst-hit places.

A complete loss of the West Antarctic ice sheet would drive global sea levels up by about five metres, drowning coastal cities around the world. The current losses are doubling every decade, the scientists said, and sea level rise are now running at the extreme end of projections made just a few years ago.