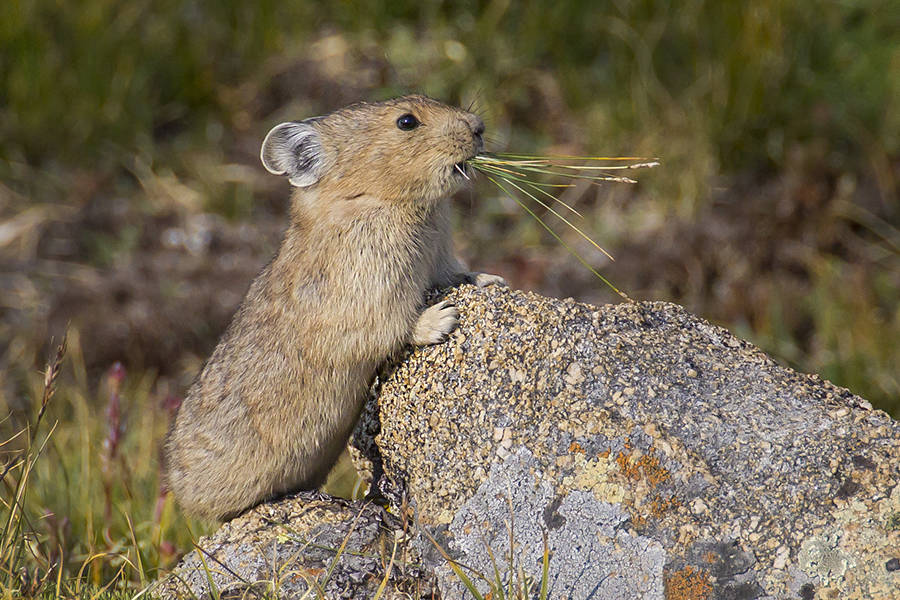 Chris Ray has been tracking pikas in Montana for 30 years. Rising temperatures and dwindling snowpack appear to be taking a toll on the tiny mountain dwellers.

Early one August morning, on a rocky slope high in Montana's Gallatin Range, biologist Chris Ray crouched on a boulder with a tiny, sedated furball in her hands. Ray has long, wavy salt-and-pepper hair and was wearing white nitrile gloves to protect the creature, a fist-sized denizen of the western mountains called an American pika.

Ray had captured the animal in a small metal "live trap," and then coaxed it into a clear plastic tube primed with a cotton swab soaked in anesthetic. "Go to dreamland, buddy," she'd cooed.

Now, she and a group of assistants sprang into action like a medical team in the operating room. They collected blood and urine samples in toothpick-sized glass vials, used tweezers to pick mites from its ears and collect fecal pellets, slid hair and tissue samples into envelopes, and gave the pika a shot of plague vaccine. Ray talked the group through each step, then weighed the critter and tagged its ear before setting it free among the rocks.

Ray is a research associate at the University of Colorado, Boulder, and she has been coming to this site every year since 1988 to chronicle the pikas who live here, making it one of the longest-running research projects of one of the West's most adorable creatures. She came when she was pregnant with her son Max, now 11, and she came the following year too, nursing him in between bouts of field work. She wants to know what allows pikas to scratch out an existence in such an unforgiving environment, and increasingly, what may be contributing to their decline.

Click here to read full article on Inside Climate News