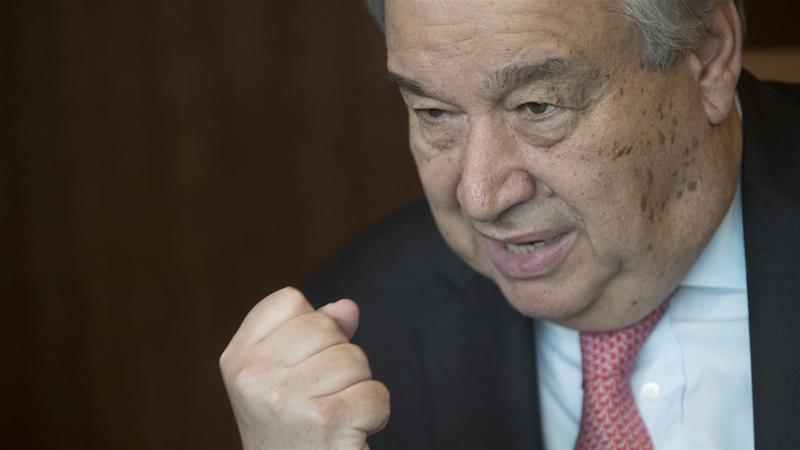 The United Nations secretary-general said the world must dramatically change the way it fuels factories, vehicles and homes to limit future warming to a level scientists call nearly impossible.

The alternative "would mean a catastrophic situation for the whole world", Antonio Guterrestold The Associated Press news agency in an exclusive interview.

Guterres said he was about to tour Pacific islands to see how climate change was devastating them as part of his renewed push to fight it.

He was summoning world leaders to the UN in September to tell them "they need to do much more in order for us to be able to reverse the present trends and to defeat the climate change".