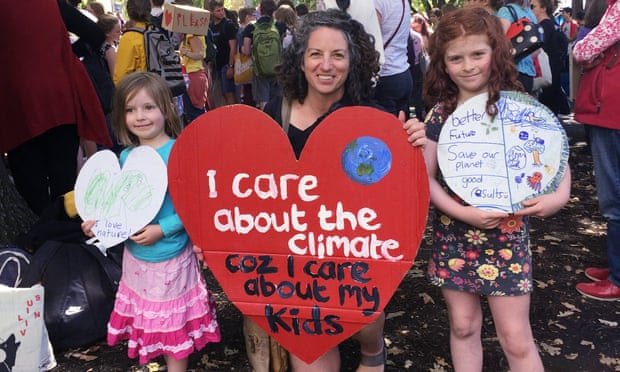 ‘We owe it to our kids’: parents from 16 countries demand urgent climate action.

Parents and grandparents around the world are mobilising in support of the youth strikes for climate movement that has swept the globe.

Under the banner Parents for the Future, 34 groups from 16 countries on four continents have issued an open letter. It demands urgent action to fight climate change and prevent temperatures rising by more than 1.5C, beyond which scientists say droughts, floods and heatwaves will get significantly worse.

“What our kids are telling us is what science has been telling us for many years – there is no time left,” the letter says. “We now owe it to them to act.”