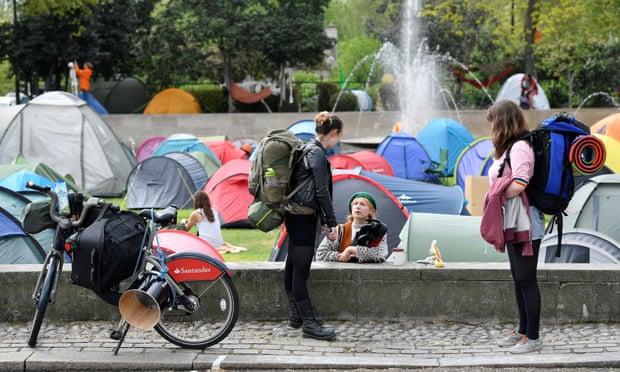 Climate campaigners will voluntarily stop occupations and blockades on Thursday.

The climate “rebellion” that has led to protesters occupying sites across London for more than a week to highlight the escalating global ecological crisis will draw to a voluntary close on Thursday with a day of disruption and a “closing ceremony”.

Extinction Rebellion, which has been backed by senior academics, politicians and scientists during nine days of peaceful mass civil disobedience, said it would leave its remaining blockades, but added: “The world has changed … A space for truth-telling has been opened up.

“Now it is time to bring this telling of the truth to communities around London, the regions and nations of the UK, and internationally. In this age of misinformation, there is power in telling the truth.”