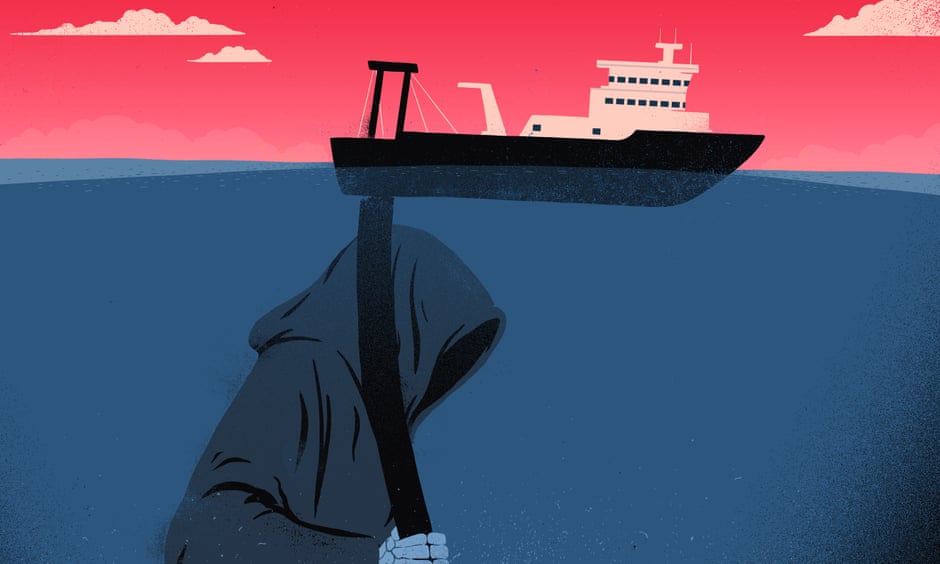 Unhindered by regulation, driven by greed, the fishing industry is the greatest threat to our oceans. We must take action.

It is the most important news humanity has ever received: the general collapse of life on Earth. The vast international assessment of the state of nature, as revealed on Monday, tells us that the living planet is in a death spiral. Yet it’s hardly surprising that it appeared on few front pages of British newspapers. Of all the varieties of media bias, the deepest is the bias against relevance. The more important the issue, the less it is discussed.

There’s a reason for this. Were we to become fully aware of our predicament, we would demand systemic change. Systemic change is highly threatening to those who own the media. So they distract us with such baubles as a royal baby and a vicious dispute between neighbours about a patio. I am often told we get the media we deserve. We do not. We get the media its billionaire owners demand.

This means that the first duty of a journalist is to cover neglected issues. So I want to direct you to the 70% of the planet that was sidelined even in the sparse coverage of the new report: the seas. Here, life is collapsing even faster than on land. The main cause, the UN biodiversity report makes clear, is not plastic. It is not pollution, not climate breakdown, not even the acidification of the ocean. It is fishing. Because commercial fishing is the most important factor, this is the one we talk about least. The BBC’s recent Blue Planet Live series, carefully avoiding any collision with powerful interests, epitomised this reticence. There was not a word about the fossil fuel or plastics industries – and only a fleeting reference to the fishing industry, which is protected by a combination of brute power and bucolic fantasy.

When you hear the word fisherman, what picture comes to mind? Someone who looks like Captain Birdseye: white beard, twinkly eyes, sitting on a little red boat chugging merrily across a sparkling sea? If so, your image of the industry might need updating. An investigation by Greenpeace last year revealed that 29% of the UK’s fishing quota is owned by five families, all of whom feature on the Sunday Times Rich List. A single Dutch multinational, operating a vast fishing ship, holds a further 24% of the English quota. The smallest boats – less than 10 metres long – comprise 79% of the fleet, but are entitled to catch just 2% of the fish.