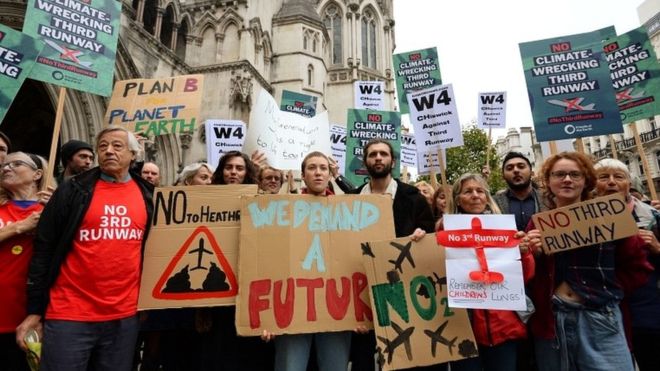 Campaigners against the expansion of Heathrow Airport have been given permission to challenge a High Court ruling over plans for a third runway.

Councils, residents, environmental charities and the mayor of London brought four separate judicial reviews of the Government's decision to approve the plans.

The campaigners had their cases dismissed by two leading judges in May.

They were given the go-ahead to challenge that ruling on Monday.

During a two-week hearing in March they argued the plans would effectively create a "new airport" with the capacity of Gatwick and have "severe" consequences for Londoners.

Lord Justice Lindblom granted permission for a four-day hearing at the Court of Appeal in London, which will begin on 21 October.

Giving reasons for his decision, which he made based on case documents without a hearing, the judge said: "The importance of the issues raised in these and the related proceedings is obvious."