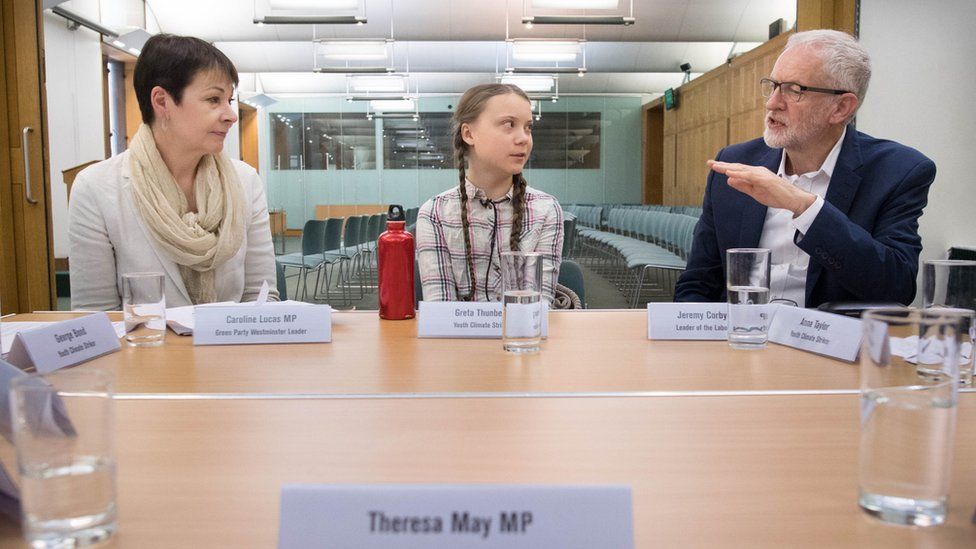 Teenage activist Greta Thunberg has described the UK's response to climate change as "beyond absurd".

In a speech to MPs, the Swedish 16-year-old criticised the UK for supporting new exploitation of fossil fuels and exaggerating cuts to carbon emissions.

She was invited to Westminster after inspiring the school climate strikes movement.